Wi-Fi HaLow to provide scalability and visibility to Industrial IoT

Compare with Other LPWAN Tech

Save operation costs by replacing cellular devices with HaLow devices. 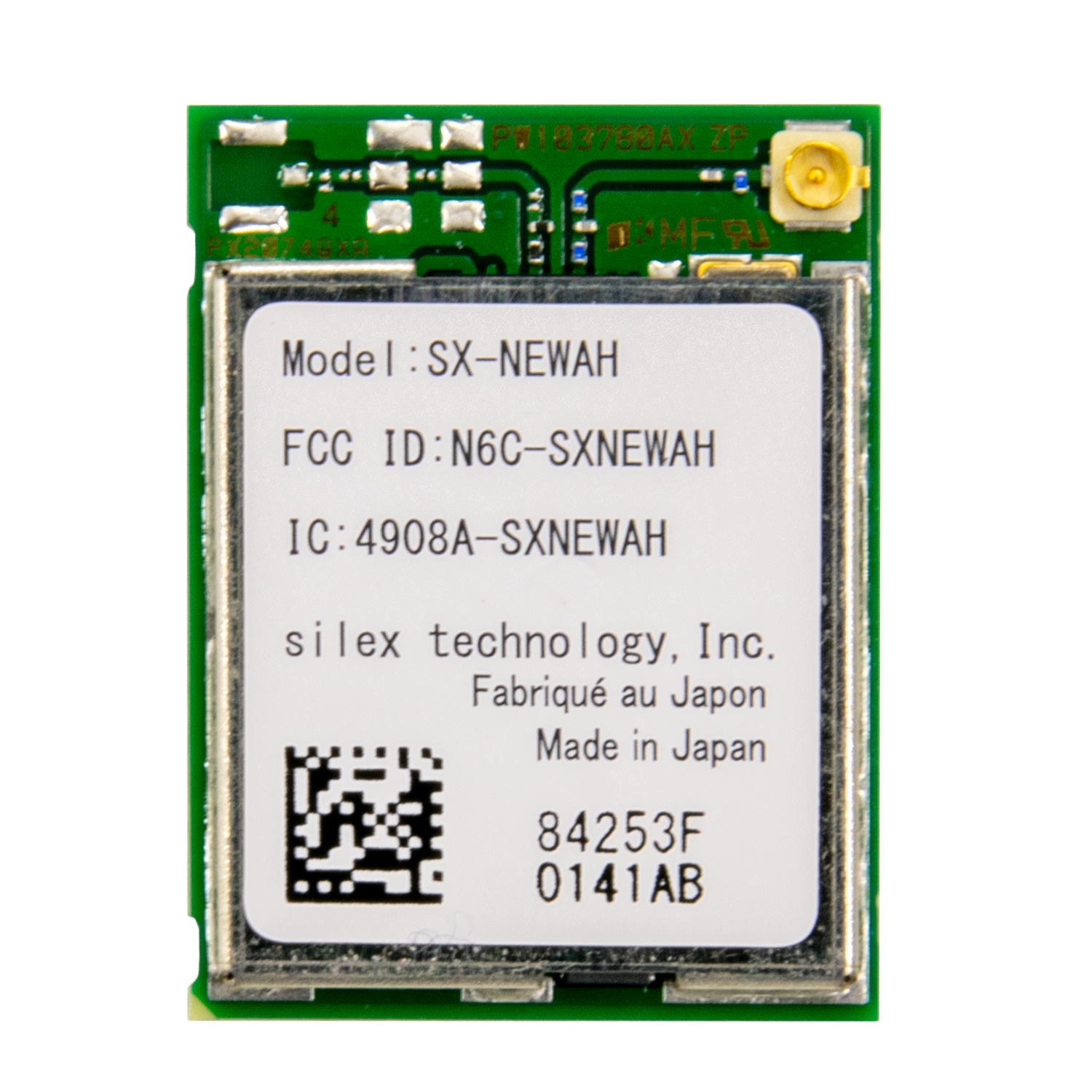 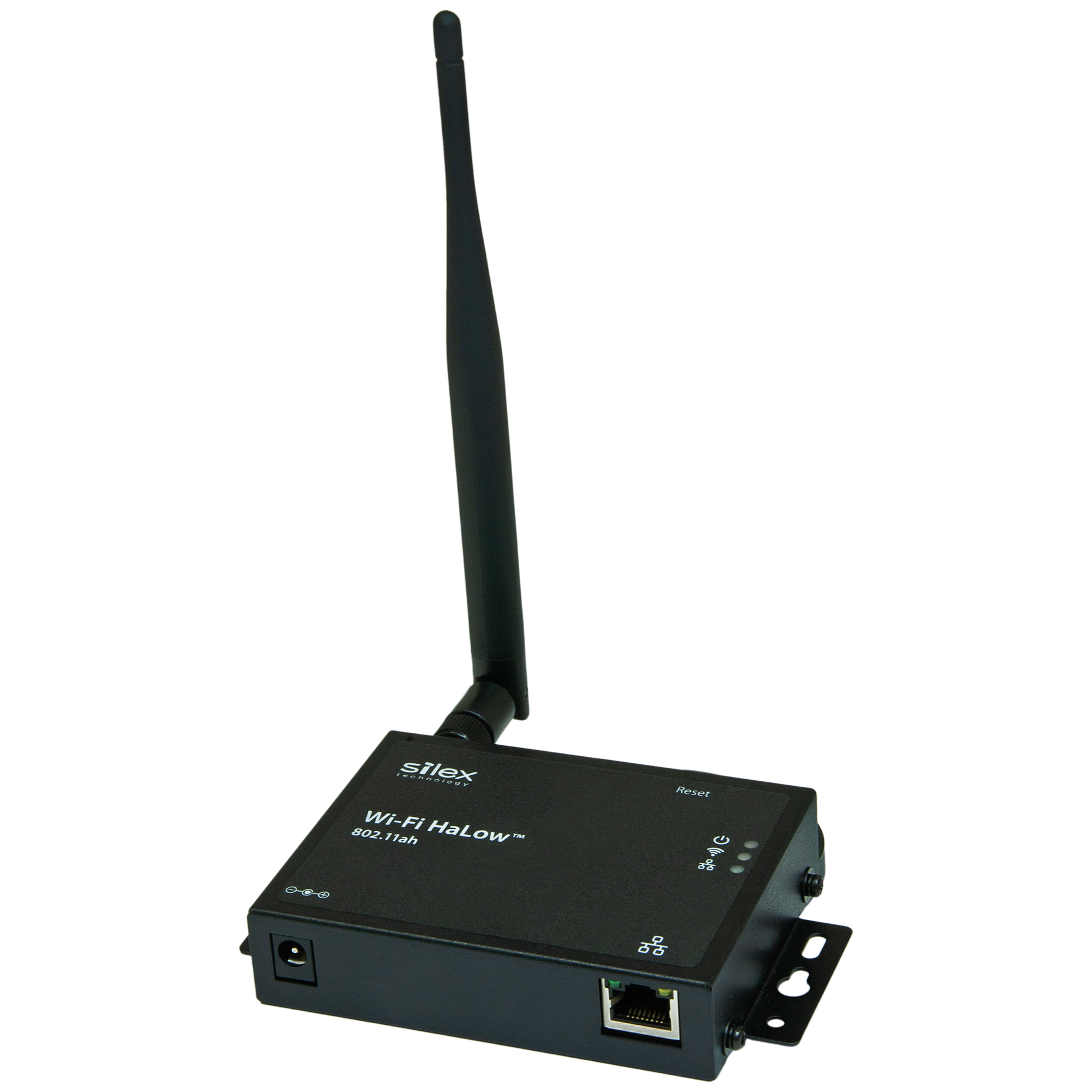 Silex is part of the 802.11ah HaLow Ecosystem. We collaborate with industrial partners to make solutions accessible for anyone.

Newracom is our Wi-Fi HaLow partner providing SoC solution. As an optimized Wi-Fi solution for the internet of things (IoT) devices, NRC7292 is the industry’s first system on a chip (SoC) that is compliant with the IEEE 802.11ah standard. 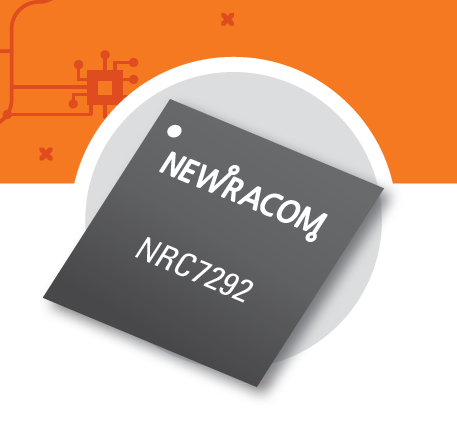 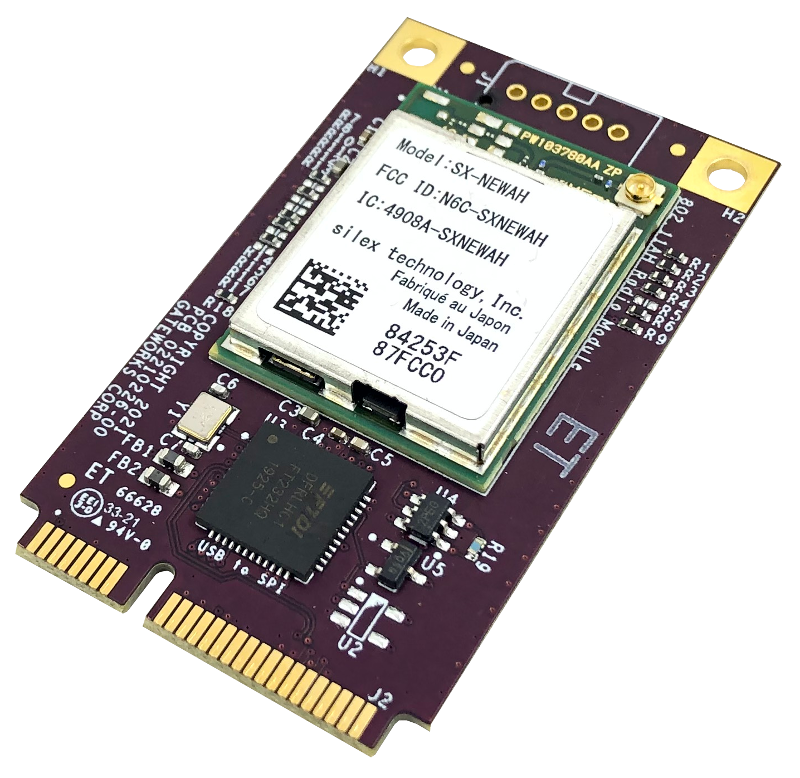 802.11ah Wi-Fi HaLow utilizing sub-GHz radio has better wall penetration and refraction around obstacles that legacy 2.4GHz/5GHz Wi-Fi to provide you with better radio coverage. We have experimented aimed at comparing 802.11ah Wi-Fi indoor coverage with 802.11n 2.4GHz radio in our office building.

This white paper demonstrates a significant difference between the 802.11ah Wi-Fi coverage and the 2.4GHz Wi-Fi coverage in an office building. Wi-Fi HaLow is a game-changer for IoT wireless network deployment in building management systems, alarming systems, HVAC systems, sensor networks,  and other applications. 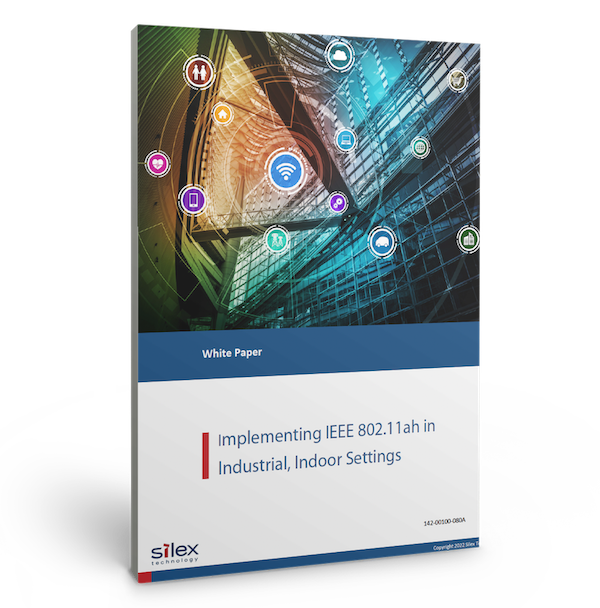 The SX-NEWAH(US) obtained the modular certificate for US and Canada. The antenna gain must be 3.4dB or less to apply the certification for your product.

Silex is aiming to make the Wi-Fi HaLow module available in EU and Japan. We will communicate the availability in these regions as the regulatory settlement progresses.

Silex provides the certification service for usage with different antennas or different regions.

The distance will depend on the height of the device placement, radio interference from other devices operating in sub-GHz band (LoRaWAN, RFID, etc.), transmission power, and other factors. Silex will work with customers to assess the viability of Wi-Fi HaLow for specific use cases.

Outside of the United States, some regions define the duty cycle for radio transmission. The data throughput will be the function of the duty cycle when it applies.

The outdoor performance check with silex EVK is available in the blog.

Silex offers the AP-100AH that can be easily plugged into an Ethernet switch or router so that the Wi-Fi HaLow wireless LAN can be integrated into your network.

The product will include a Linux based driver supporting kernel version v4.14 or FreeRTOS based driver. If any of these do not meet your needs, Silex also specializes in porting drivers to various operating systems and OS versions. Please reach out to us for information on how we can help meet your needs based on your specific OS requirement.

If you need the FreeRTOS evaluation driver image, please request it from this page selecting "SX-NEWAH Evaluation FreeeRTOS Driver Image".

Silex support team is going to send the download instruction no later than 7 days after the request. Please allow us to take a couple of days to review the request.

Yes, it is available from Gateworks.

We will support the power saving mode with our upcoming driver/firmware update for SX-NEWAH and AP-100AH.

Please refer to the application note: How to Set Up the FTDI USB to SPI Bridge for the SX-NEWAH

In general, the AP-100AH cannot be converted to the BR-100AH and vise-versa.

Unrivaled Quality Highest reliability for "When It Absolutely Must Connect" applications

With 20 Years of Wi-Fi and Bluetooth experience and exclusive access to Qualcomm technology, our wireless expertise helps you develop the most reliable connected solutions. Our relationship with Qualcomm and qualification as an Authorized Design Center provides us with access to the latest technologies that we incorporate into our connected solutions so you can provide your customers with Wi-Fi and Bluetooth enabled products.

Most commonly available wireless modules are based on recommended reference designs; we go beyond this limitation. With our profound understanding of Qualcomm radios and our RF design capabilities, we create wireless modules that conform to IEEE standards while maximizing peak performance levels within the legally allowed regulatory guidelines. This results in high-quality hardware with reliable connectivity and optimized performance.

Our comprehensive support helps our customers get to market faster and win business. To ensure we are available at every step in the design and development process, we provide access to local engineering resources for pre-sales consultation, integration, and post-sales support. And, as part of our “Absolutely Must Connect” experience, we also provide regulatory expertise and certification services.

Our wireless experts provide support from design to deployment so you can get to market faster.