Maintaining stable connectivity at long ranges in industrial and indoor environments has always been a challenge. The structure, make up, and floor plan of a building hinders the performance of wireless connectivity devices indoors. As a result, many individuals have decided to maintain their current infrastructure of wired connectivity, and bare with the many consequences that come along with it. Problems such as maintaining and manipulating wiring on machinery aren't practical nor financially justifiable. Wireless connectivity for industrial and indoor environments is the future, but what current technologies can perform the job consistently and reliably?

With the introduction of Sub-Ghz technologies, wireless communication has improved significantly and has offered a reliable alternative to the complicated wired technology in some industrial and indoor environments. Sub-Ghz networking provides increased range and lower power consumption - a different approach than traditional WiFi and Bluetooth connectivity.

Out of the Sub-Ghz technologies available IEEE 802.11ah has positioned itself to be one of the most practical for environments like these.

In the white paper below, Silex takes a closer look at IEEE 802.11ah's capability for indoor applications by evaluating its functionality in a controlled environment. By subjecting IEEE 802.11ah along with IEEE 802.11n to testing, 802.11ah demonstrates exceptional ability to penetrate a variety of materials while maintaining long-range stable connectivity. 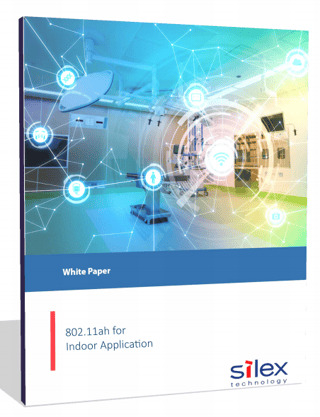